This blog post introduces another design pattern into the context of ngrev. If you’re not yet familiar with the project, I’d strongly recommend taking 2 minutes to the introduction and “Project Overview” sections in the first part of the series. 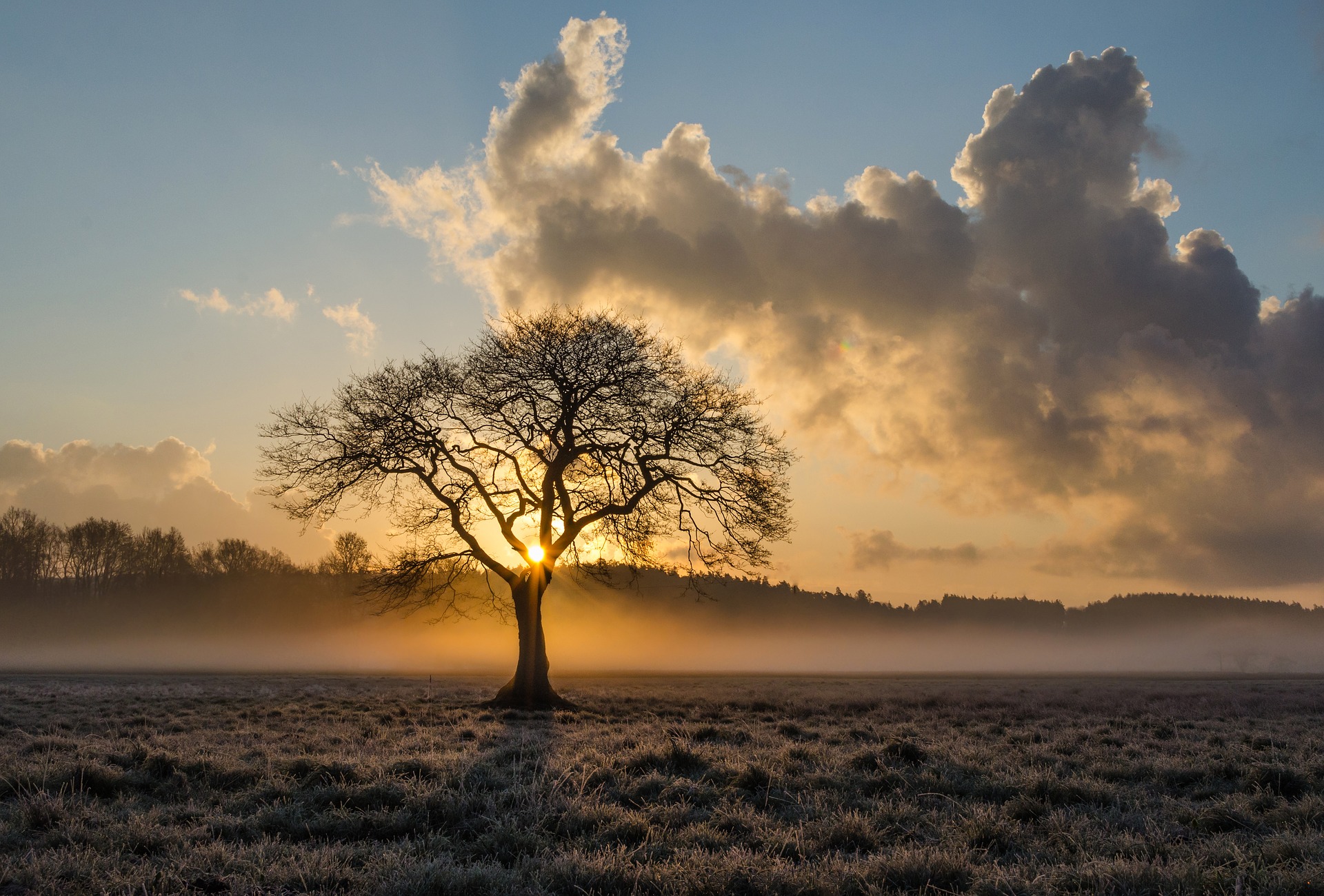 If you did not take the time, ngrev is an Electron app that visualizes the structure of an Angular app, showing the relationships between components, modules, and providers. The UI retrieves the data for each view using an instance of a state object. You can read more about the state pattern and its application in ngrev here.

ngrev is an Angular app developed with TypeScript. At the same time, however, the post is conceptual, so even if you’re not familiar with Angular, TypeScript, or Web development, you should be able to extract value.

In the case of ngrev, both the composites and the leaves are instances of the state classes. The way we use the composite pattern here is attractive in at least two ways - the fact that we’re using the pattern itself and the mechanism it interacts with the state design pattern.

To understand why the composite design pattern helps us in ngrev, let us look at two of the views in the application: 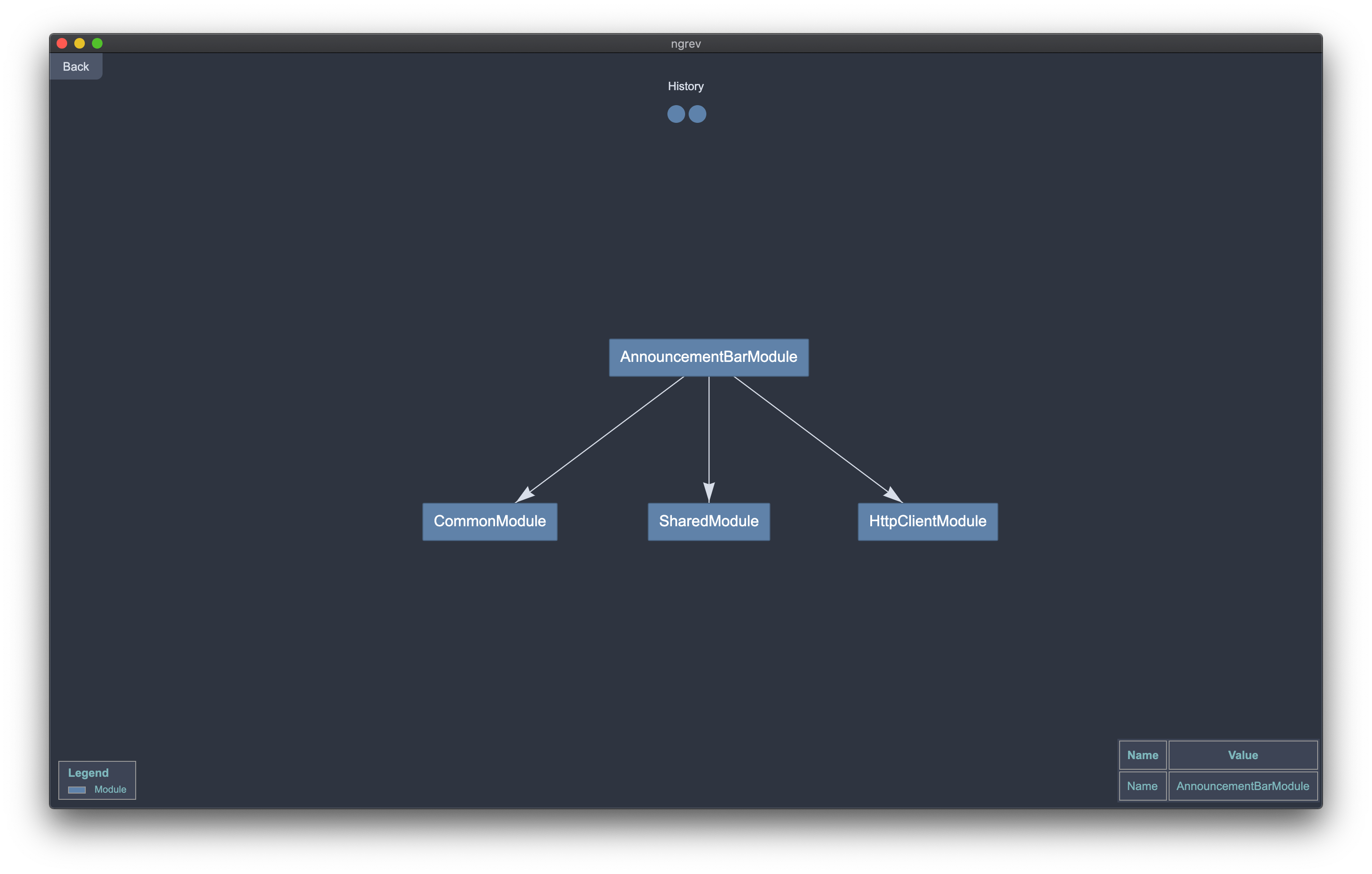 Each NgModule in Angular can depend on 0 or more other modules. This view shows the dependencies of the AnnounceBarModule. ngrev implements this functionality with the ModuleTreeState class. 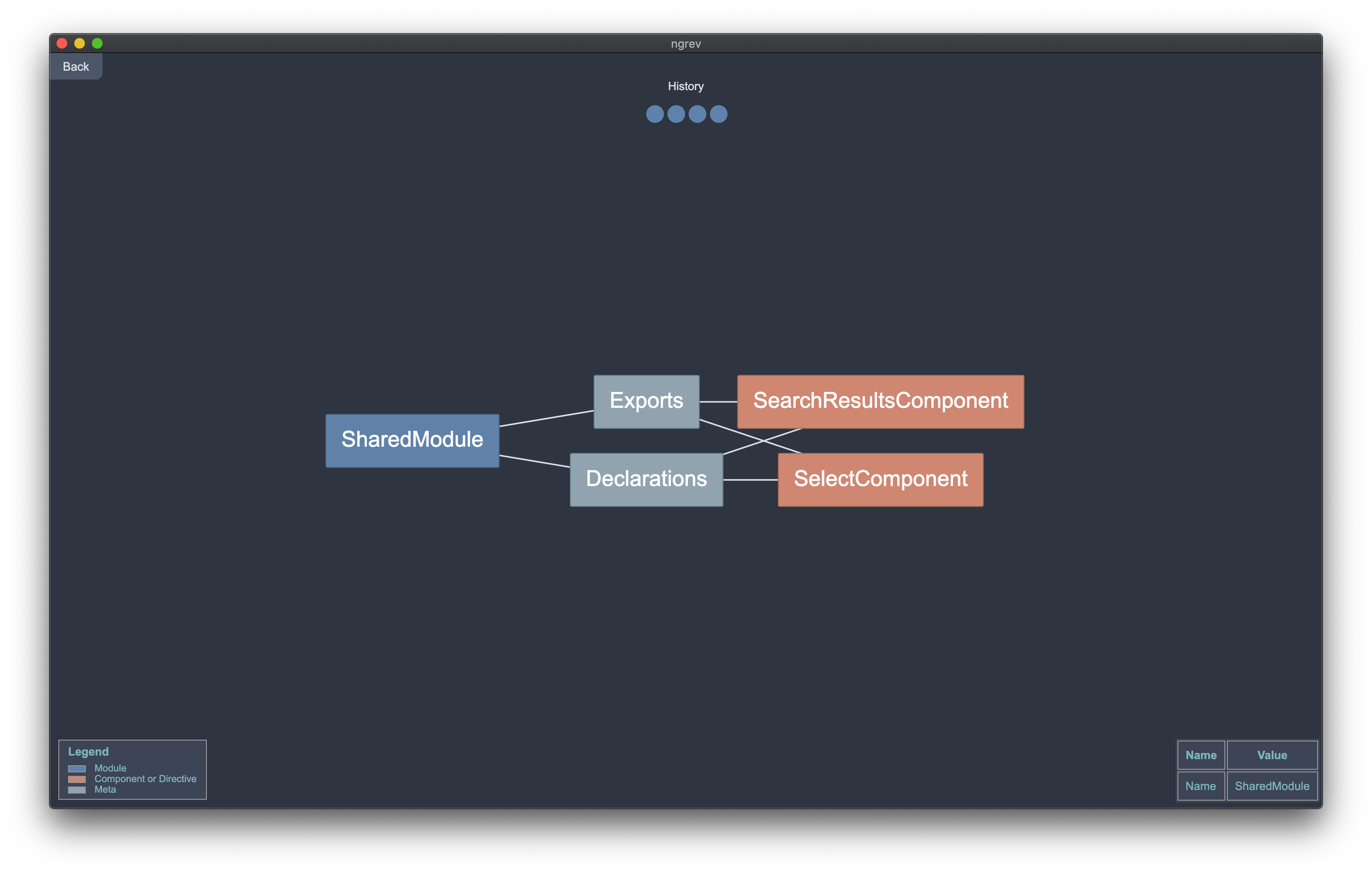 Additionally, each module could have many declarations; for example, the SharedModule from the second image declares and exports SearchResultComponent and SelectComponent. In ngrev, we implement this functionality with the ModuleState class.

Now let us look at the default view of ngrev: 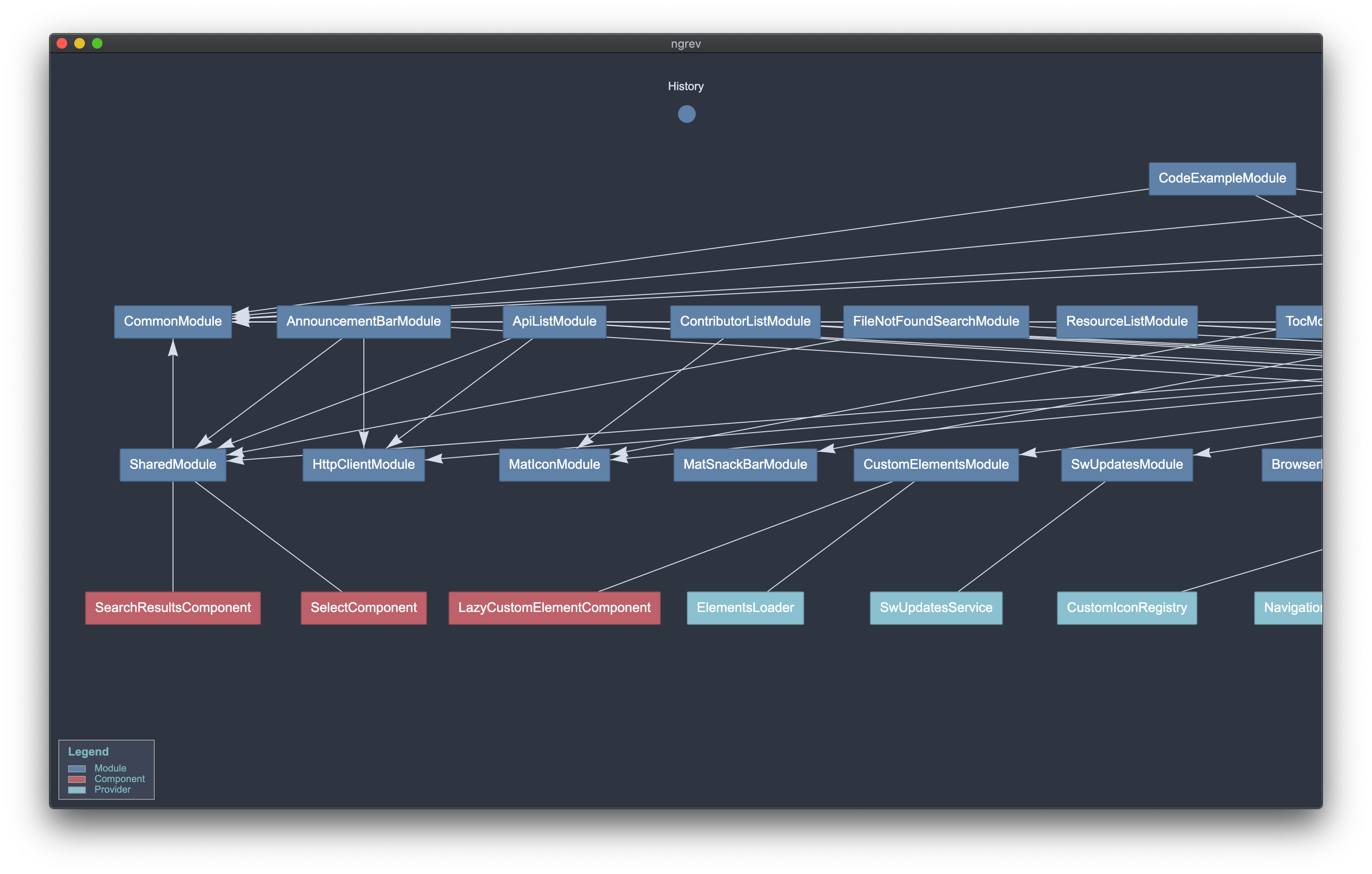 This view shows a visualization of the dependencies between all the modules in our app and the declarations/exports for each one of them. Internally, ngrev implements it with the AppState class.

Even for a small apps like angular.io this could get quite messy; that’s why we have the more specific views from above. But also notice that there’s an overlap between the 3 visualizations - the application view is a composition of the views showing module dependencies and module declarations.

Having noticed this relation, we can express it with code in the following way:

In the snippet above, we first create the collection of states. createModuleStates and createModuleTreeStates instantiate state objects for each of the application modules. I haven’t showed their implementation for simplicity.

After that, when the UI process requests the data for visualizing the application view, the background process will indirectly invoke appState.getData(). The method will invoke getData for each of the nested states in states and add the corresponding nodes and edges to the result sets.

That’s it! This is entirely how the composite pattern implementation in ngrev works.

The gang of four book explains MVC as the interaction between the patterns Strategy, Observer, and Composite. MVC uses composite for the user interface.

Applications developed with modern Web frameworks and libraries such as Angular and React are expressed as compositions of components. In Angular, you could often think of directives and components with bare HTML nodes as “leaf” classes and components using directives or other components as “composite” classes.

The composite design pattern is also heavily used in compilers - especially during interpretation and source code generation. Each AST node is either a terminal (leaf) or a non-terminal (composite).

I’m spending most of my days thinking about developer tooling and frameworks, so that’s why my examples probably look a bit niche. If you’ve recently used the composite design pattern in other contexts, please leave a comment below.

It’s great you decided to read this article, but this is just part of the story. To get a better idea of how the composite pattern works, I’d encourage you to read the source code implementing it.

I hope you enjoyed this article! Until next time and happy coding!